A cathedral made of minerals and a kingdom of seepage, the Salle du Grand Dôme (Hall of the Great Dome) offers what is doubtless the most majestic viewpoint of this entire, incredible visit. Its ceiling reaches a height of 94 metres. Like the other galleries, this immense hall is the result of very intense erosion over the last 2 million years. It is one of the largest underground halls open to visitors in France.

Just a few tens of metres above the dome, the surface and nature in the open air are present… who would have said so?

Édouard-Alfred Martel described the Salle du Grand Dôme as an unfinished chasm, since erosion stopped before creating a connection to the surface. Nowadays, the climate is not suitable for limestone erosion, and the structure remains stable. However, over a very long timescale, climate changes like those that have occurred since the start of the Quaternary Period could cause erosion to start again, with a second chasm opening up over hundreds of thousands or even millions of years. 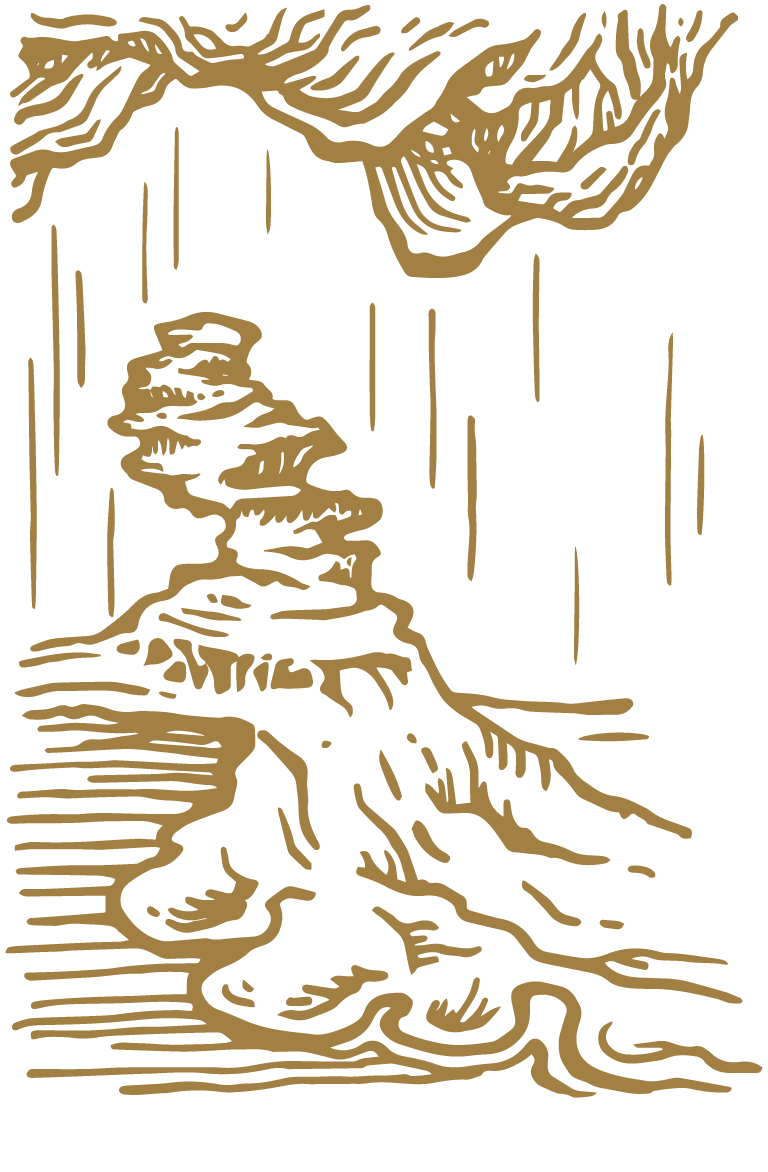 AN UNDERGROUND CATHEDRAL THAT IS 94m HIGH

“ The reality has gone beyond the dreams of my imagination…
nowhere else has Nature built more extraordinary monuments. ”
Édouard-Alfred Martel, discoverer of the Gouffre de Padirac 1894

From the Lac Supérieur (Upper Lake), which is suspended about 20 metres above the river, the volumes are more impressive. We are overwhelmed by a feeling of smallness, and we are reminded to remain humble.

A remarkable stalagmite lies above the lake. It is nicknamed the Pile d'Assiettes (Pile of Plates) because of its surprising resemblance to stacked-up china. It is a typical high-roof stalagmite formed when such a structure exceeds several tens of metres in height. Drops of water fall to the ground at great speed and explode, depositing limestone in circles and giving rise to very flattened formations.
Here, nature works as if by magic, with the precision of great artists…